Do Your People Have Strong, Positive Connections Outside Their Own Departments?

Part 2: Promises Made, Promises Broken: How to Hold People Accountable to What They Said in a Standing Meeting

Do Your People Have Strong, Positive Connections Outside Their Own Departments?

How would you describe the connections among people in your organization? Do various departments have an “us vs. them” mentality? Or does everyone work well together?

Well-connected teams have high trust levels within their inner circle and in other areas. A person who is well-connected will be better able to achieve goals during cross- functional projects. They will be respected by other departments.

Let’s look at some examples:

Sally works in marketing at a local convention center. She’s been tasked with creating a promotion for an upcoming sports event, and a boss suggests offering signed baseballs to the first 150 ticket-buyers. The building security policy does not allow objects that can be thrown and potentially cause injury. Chances are, no one will toss the signed baseballs as they are keepsakes. Nevertheless Sally’s boss told her to “Make it happen.”

Here’s an example of how a positively connected employee will act:

Sally respects the other departments. She’s built relationships with many of the managers. She decides to approach the security manager with the idea to get his input. She knows there must be a way to make this work that’s safe and effective for everybody. Since she’s worked well with them in the past, they are usually happy to see what they could do to accommodate her request. Together, they come up with a plan that will increase sales, please the customers, and abide by all required safety regulations.

Now, here’s the same scenario if a person does not have positive connections:

Sally is unfamiliar with company safety policy. After all, what does it have to do with marketing? Her job is to sell, and the more she sells the better her department looks, thus the better she looks.

She wonders if this will be an issue with the event security team. She doesn’t know any of them very well, and fears that if she asks she’ll end up having to find a different promo to use. Or, she’ll have to remind them that her boss is higher up on the corporate ladder and they need to listen to what he suggests.

Either way, it’s something Sally doesn’t have time for right now. She assigns people to hand out “promotional materials” without telling them what they will be handing out. The less people know the better. She’ll worry about the backlash when it comes.

You can probably guess how this is going to end up. But I’ll give you a few thoughts first. The promo team will hand out baseballs; the customers will proceed into the stadium, where security will see and attempt to confiscate the baseballs. There will be a level of chaos until everyone figures out what happened and how to fix it.

It’s easy to see which the preferable scenario is. So how do you get there? What can you do to encourage your team to build positive connections all throughout your organization?

If you’d like a better understanding of the current connections in your organization take our assessment: 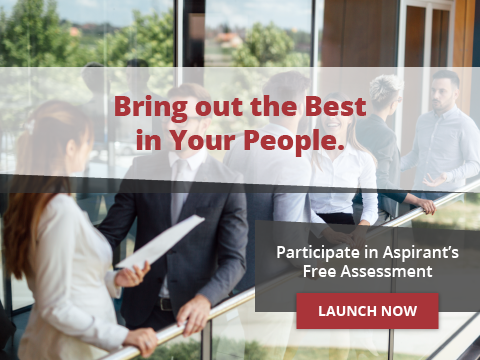 Conflict is generally seen as something to be avoided at work, but more companies are realizing that’s not always the...

Accountability is Something Other People Need, Right?

We’ve all had to work with people that don’t pull their weight. It can be extremely frustrating when your job is...

Modernize Your Onboarding with VR

We work in an age of constant technological advancement. As younger generations enter the workforce, so to comes a need...