Accountability and empowerment are critical components of an effective, productive culture.  Three signs of low accountability are often overlooked by leaders:

The difference may appear minor, but the impact is anything but. When an employee’s main motivation centers on not getting fired, their work is more desperate and less thoughtful. Their focus is now on not making mistakes, instead of taking calculated risks to make improvements, and they are doing only things they deem safe. Collaboration and innovation are no longer areas of concern for these employees.

Evidence of the symptoms include: a lack of new ideas from employees, increased finger pointing and blame among team members, and a dissolution of any social aspects of the job. Employees will pull away from each other and even develop an “us vs them” mentality.

2. Gossip is used as a form of communication, particularly in leadership.

Gossip in the workplace is a common problem, but when it is considered as a means of communicating work-related information, you’re now working in a dysfunctional environment that lacks accountability. When management is telling team members, “Accounting is purposely being slow to process Jane’s compensation report because she does not support their new software choice,” it is clearly a red flag.

According to a study by Steelcase, 28% of respondents say office gossip is their primary source of company news.

Management should not use gossip as a way to communicate other departments’ and managers’ affairs. Using gossip to spread distrust amongst the company is a sure sign that you have accountability problems in your organization.

3. Culture demands that everyone is treated the same in order to be fair.

Equal and fair treatment are not the same. What you want is equity, not equality. When a workplace culture attempts to treat everyone the same, in the name of fairness, it is often a symptom of a management team that avoids dealing with accountability.

Undervalued employees will demand equal treatment when they see other employees receiving advantages that they do not believe were earned fairly– especially when they themselves are expected to change behavior based on a handful of people who’ve broken company trust, instead of being held accountable for their own actions.

People are not all the same, they have different performance levels, styles of work, motivations and personal goals. When individual employees are held accountable, there is less demand for equal treatment because they know they are receiving fair treatment.

Want to see how your company’s accountability stacks up against others in our study? 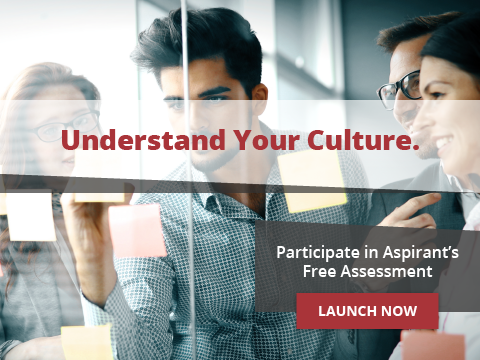 Accountability is Something Other People Need, Right?

We’ve all had to work with people that don’t pull their weight. It can be extremely frustrating when your job is...

You’ve made the decision to partner with a local management consulting firms. You’ve worked together wonderfully, and...

6 Tips to Sustain a Culture of Accountability

If you’ve been following our blog, and you should be, you’ve learned about creating a culture of accountability. You’ve...